What is Behaviourism learning theory

Behaviourism is a learning theory within behaviour psychology dating back to the early twentieth century. (Machin, et al., 2016) Work conducted by John B. Watson suggests that learning has taken place when a new behaviour pattern has been established. Ivan Pavlov builds on this through research involving the behaviour of dogs. Pavlov established that “learning is brought about by the association or pairing of a stimulus with a response”, (Gould & Roffey-Barentsen, 2014, p. 182) in Pavlov’s research this involved teaching a dog to salivate at the sound of a bell, the term classical conditioning can also be used to describe the process Pavlov utilised. This has limitations as dogs can already salivate and was not establishing completely new learning, as a result it is of limited use to many types of teacher. (Gould & Roffey-Barentsen, 2014, p. 183)

Another aspect of behaviourism is how feedback is delivered, specifically reinforcement and punishment, “if we are told ‘that is good’ or ‘you are doing well’, not only are we motivated to learn, but we now know that what we are learning is correct.” (Gould & Roffey-Barentsen, 2014, p. 183). “Reinforcement encourages a particular behaviour, especially if the consequence is pleasant.” (Gould & Roffey-Barentsen, 2014, p. 183) A combination of three methods can be utilised, positive reinforcement in which the student receives a positive result for achievement. Negative reinforcement in which the student doesn’t receive a negative result once they have achieved and finally punishment, which is when the student receives an unpleasant result for not achieving or other undesirable behaviour.

I have recently utilised the negative reinforcement when explaining to students how to complete an enrolment form in which I explained if they didn’t complete a particular section I would be unable to release their marks and as a result they wouldn’t receive a qualification. In the past I utilised the punishment method when a student was performing the bottle flip challenge in which after a warning, I insisted they leave the class immediately. I use the positive reinforcement method on a regular basis, especially when teaching programming as ensuring students are enjoying programming and not becoming frustrated is an important factor.

The behaviourist approach does have limitations, for example (Kohn, 1993) suggests that overuse of positive reinforcement can reduce its effectiveness and the learner’s motivation. This is due to students becoming accustomed to receiving positive reinforcement and feeling they do not need to stretch themselves. 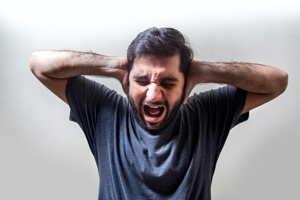 Please let us know what annoys you most about being a teacher!